As the readers of this blog obviously know, most of my fieldwork in the past seven years has taken me to Afghanistan. Yet as a researcher of conflict and political violence, I find myself interested in other parts of the world. Comparative experience and study is always productive. Not only does it help researchers to better understand broader dynamics and phenomena, but it also leads them to reflect upon the places they know best, in my case Afghanistan. That’s with this mindset that I just took my first trip to Mogadishu. Needless to say Somalia’s capital is extremely different from Kabul. 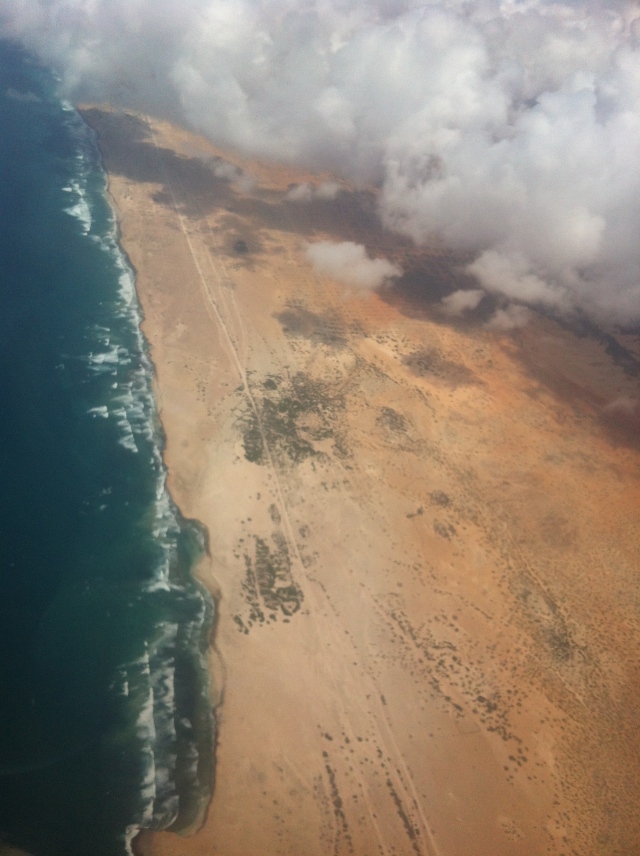 Things are much more intense in Mogadishu. The first very obvious difference (apart from the Black-Hawk Down-like beach arrival) is the security situation. Yes Kabul is very heavily militarized but there foreigners don’t need to travel in tinted windowed trucks with three guards carrying AK47s in the back. That’s an all other level of insecurity. The same goes for sleeping accommodation. Our “hotel” in Mogadishu had between 40 and 50 security personnel. In Kabul such security precautions are exceptional (the Serena hotel might be the one exception I’m aware of); people like us can stay anywhere. There are no foreign civilians in Mogadishu and that makes us a target. It’s a huge difference. The way I see it, the safest strategy is to lay low and only stay a limited amount of time (we spent 4 days and 3 nights there). That way, by the time Al Shabaab operatives know you’re here, you’re already on your way out. As my colleague told me when we got back: “Now you know what a true collapsed state is about.”

Indeed, the nature of the state is probably the main difference between Somalia and Afghanistan (apart from obvious social, cultural, and geographical differences). The Afghan state might not be the strongest in the world, but, given the heavy international footprint, it is still able to provide security in the capital. The Taliban have the ability to conduct targeted attacks in Kabul, but insurgents cannot operate “wherever they want, whenever they want” as seems to be the case with Al Shabaab in Mogadishu. Until recently the Taliban have also restrained from targeting foreign civilians. Some argue that it’s because they didn’t have the ability to do so. It’s only part of the explanation. The Taliban might not enjoy the freedom Al Shabaab has in Mogadishu but conducting a few targeted attacks on foreign bars and restaurants is really not that hard. And they’re showing it now. Contrary to most explanations I believe that the reason the Taliban were not targeting foreigners was because it was not in their interest. It was mostly due to the fear of seeing NGO workers and journalists go, leaving only NATO forces behind. As the situation in Somalia shows, it is not in the insurgents’ interest to have counterinsurgent forces operate away from the public eye. Foreign media and NGOs de facto compel foreign forces to restrain themselves. In Somalia counterinsurgent forces do whatever they deem necessary. It’s a free fight zone. No one in the West actually cares. And the same might happen in Kabul. Now that NATO forces are getting ready to leave Afghanistan, the Taliban no longer have any interest in seeing the foreign civilians they despise stay behind. That’s why we see more foreigners being targeted today. It doesn’t show that the Taliban have been cornered (as some would like to believe). It shows that they changed their strategy to adapt to a new environment.

Going back to Somalia, what’s also quite striking is the discrepancy between the formal process and discourse of institution building and the reality on the ground. We hear and read that Somalia is on the right track. A central government has been put in place, elections have been scheduled for 2016, and there is even a disarmament process going on (something I will go back to). Yet to everybody we talked to it seems clear that the whole thing is just a façade. Given the security situation, it is hard to imagine a real electoral process occurring in two years time. As for the government, no one in Mogadishu is taking it seriously. There is no doubt that it would collapse right away should the AMISOM forces leave. Clanism, incompetency, and potential Shabaab infiltration make the government highly dysfunctional. People in Mogadishu talk about the other regions of Somalia as if they were autonomous entities. And de facto they are. What’s interesting though is that the local power struggles are not entirely disconnected from what goes on in Mogadishu. Controlling a local fiefdom appears to be the surest way to secure a piece of the pie that is being divided in the capital, something we don’t necessarily see in Afghanistan. 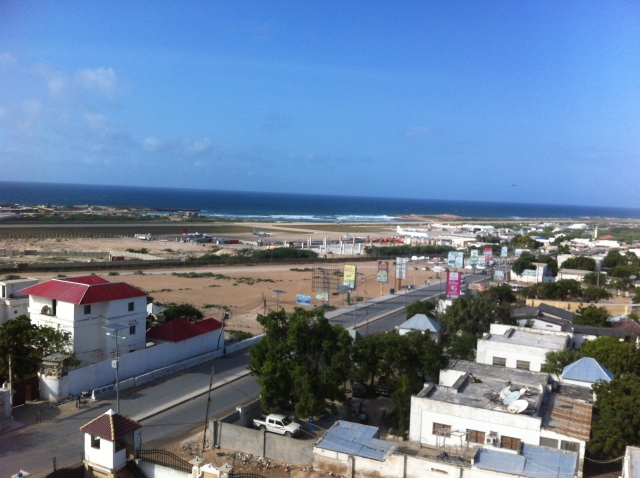 Finally, there is no denying that a disarmament process is going on, at least in Mogadishu. We had the opportunity to witness it first hand when government forces attacked one of Somalia’s infamous warlords last week (for more on this incident, see http://www.bbc.com/news/world-africa-28802439). This is not unlike what happened in Afghanistan around 2003/2004 when the U.S. thought they no longer needed the warlords they had been cooperating with in the early days of the intervention. What’s particularly interesting in this specific case, and again makes it very different from Afghanistan, is how the whole thing played out. It perfectly illustrates how superficial the institution building process really is. From what we could gather, a government official had made a deal with a warlord to capture some but not all of his weapons, a way for this guy to secure the warlord’s willingness to get disarmed while getting some weapons for himself (or, in the best case scenario, for the government he is supposed to represent). Yet another government official had a different plan and decided to get all of this warlord’s weapons and ammunition. The warlord reacted violently and combats ensued. AMISOM had to come to the government’s rescue and lost one or two (depending on the sources) armed personal carriers in the process. Local people were killed; protests were held the next day and people fired upon and killed. Overall the whole incident is likely to draw more local support for Al Shabaab. What it tells us is that the central government is an incompetent, inefficient, collection of individuals with private interests, not a functional bureaucracy.

There are many more differences and similarities between these two places. This trip was only a first step, but it confirms one thing: studying political violence in Somalia and Afghanistan is fascinating; trying to compare the two is a formidable challenge.

I am an Assistant Professor of peace and conflict studies at Radboud University's Centre for International Conflict Analysis and Management (CICAM). I completed my PhD in Political Science at Northwestern University and Sciences Po under the supervision of Will Reno and Bertrand Badie. Among other things, I teach students about the politics of international intervention in Afghanistan and elsewhere. My research focuses on the political strategies that Afghan strongmen use to consolidate and legitimize their authority. I am particularly interested in how these actors manage to conduct their own forms of international relations. My field research brings me in contact with Afghan community leaders, politicians, diplomats and foreign military officers.
View all posts by Afghanopoly →
This entry was posted in Class Discussions. Bookmark the permalink.